We organize, combine and divide up land into working and spatially consolidated units and ensure access to them. We help to improve the environment and to protect land resources, reduce the negative effects of flooding nad solve drainage conditions in the landscape, and increase the ecological stability of the landscape. The results of land consolidations serve for renewing cadastral documentation. 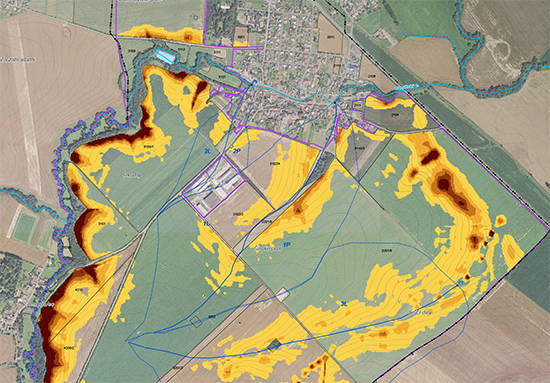 Land consolidation forms a unique and comprehensive tool for addressing property issues that inhibit the rational management of the landscape and protection of its components. It can effectively contribute to the use of the land in terms of:

We have been involved in land consolidations since 2001, and this makes us able to provide mayors, farming entities and residents with effective assistance in tackling their problems in non-urban parts of the area. We can explain how to get started with land consolidation and how to start the procedure at the local branches of the State Land Office.

Who is this service intended for

The key client is the State Land Office.

Spatial analytical data (ÚAP) are processed in accordance with Act no. 183/2006 Coll., on Spatial Planning and Building Rules (“Building Act”). The condition and development of the area is identified and evaluated. They also form one of the bases for planning documentation and making changes to it for acquiring planning studies and for making decisions concerning the land.